Thank you for your interest in hosting a screening of Gratitude Revealed in 2023. We are thrilled to know you!

Please complete the form below and someone from our team will be in touch shortly. If you need further assistance, please email kirt@area23a.com.

Lisbeth Scott is a composer, vocalist, and songwriter. Her songs and vocals have been featured in hundreds of Hollywood blockbusters (many of them Oscar and Grammy winners and nominees). As a composer, she has scored for both television and film, and appeared on many soundtracks such as: AVATAR, Concussion, The Big Wedding (co-wrote It’s a Wonderful Life with Nathan Barr), The Chronicles of Narnia: The Lion, the Witch, and the Wardrobe, and The Chronicles of Narnia: Prince Caspian and Munich.

Brother David Steindl-Rast appears as one of the first and last luminaries to be featured in this film, whose voice and words from A Good Day are shared throughout the short film, Gratitude Revealed, as an anchor of relevance and resonance, and who has been cited by Louie Schwartzberg as being one of his main sources of inspiration for his TED Talk and continued work in the field of Gratitude.

After 12 years of monastic training and studies in philosophy and theology, Brother David was sent by his abbot to participate in Buddhist-Christian dialogue, for which he received Vatican approval in 1967. He co-founded the Center for Spiritual Studies in 1968 and received the 1975 Martin Buber Award for his achievements in building bridges between religious traditions.

At present, Brother David serves a worldwide Network for Grateful Living, through Gratefulness.org, an interactive website with several thousand participants daily from more than 240 countries and territories.

Jason Silva is a storyteller, filmmaker, keynote speaker and futurist. Nominated for an Emmy, he is also known for hosting Brain Games, a global hit television series on the National Geographic Channel.

As a sought-after keynote speaker, Jason has been invited by Adobe, Discovery Channel, Tribeca Film Festival, TED Global, and many others around the world, to share philosophy and the juxtaposition of life, science, and art. When interviewed for his narration of docuseries, Shots of Awe, Jason said, “Blowing your own mind with inspiration makes you a nicer person, [and] that’s a currency I’m interested in trading.” 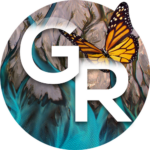 Impact Gratitude With Us

Dr. Deepak Chopra is an expert in the field of mind-body healing, and a world-renowned speaker and author on the subject of alternative medicine. He is the founder of The Chopra Foundation (a non-profit entity for research on well-being and humanitarianism), and Chopra Global (a modern-day health company at the intersection of science and spirituality). He is the author of over 90 books translated into over forty-three languages… many of which can be found on the New York Times Bestsellers List.

In-Q is an award-winning poet and songwriter, best-selling author of Inquire Within, motivational keynote speaker, and has been named to Oprah’s SuperSoul100, a list of the world’s most influential thought leaders.

He was the first spoken word artist to perform at Cirque du Soleil and has amassed over 100 million views, combined, for his viral poetry videos. In-Q has written and collaborated with some of the biggest names in the music industry, and as a motivational speaker, has been invited by companies like Nike, Live Nation, Google, and Lululemon to share his storytelling and keynote performances with their teams.

Dr. Michael Beckwith is a notable spiritual leader and teacher of universal truth principles found in the New Thought, Ancient Wisdom tradition of spirituality. He is the Founder and Spiritual Director of the Agape International Spiritual Center. Three of his books, Life Visioning, Spiritual Liberation, and TranscenDance Expanded, have received the prestigious Nautilus Award. His new app, Beckwith Inspires, features essential spiritual tools, technologies, and practices to help shift perceptions and transform lives.

Lynne Twist is co-founder of The Pachamama Alliance, and founder of The Soul of Money Institute. Her mission is to alleviate poverty and to support social justice and eco sustainability. Lynne’s on-the-ground work has brought her a deep understanding of people’s relationship with money, and inspired her to write her best-selling, award-winning book The Soul of Money: Transforming Your Relationship with Money and Life.

Norman Lear is a legendary producer and writer who has created and developed over 100 shows, which have won many awards, including five Emmy’s. He has written and produced programs like The Colgate Comedy Hour and The Martha Raye Show — ultimately leading to Lear captivating 120 million viewers per week with his iconic shows of the 1970s and ‘80s — All in the Family, Maude, Good Times, The Jeffersons, and Mary Hartman, Mary Hartman.

Dr. Christine Carter is a sociologist, author, and keynote speaker who has appeared on various talk shows and featured in dozens of publications. She is a leader at BetterUp, where she designs one-to-many coaching experiences that drive transformation for people, teams, and organizations. Dr. Carter’s books include The New Adolescence: Raising Happy and Successful Teens in an Age of Anxiety and Distraction (2020), The Sweet Spot: How to Achieve More by Doing Less  (2017), and Raising Happiness: 10 Simple Steps for More Joyful Kids and Happier Parents (2011).

Dr. Jack Kornfield trained as a Buddhist monk in the monasteries of Thailand, India, and Burma, and teaches meditation around the world. His books have been translated into 20 languages and have sold more than a million copies. They include, A Wise Heart: A Guide to the Universal Teachings of Buddhist Psychology; A Path with Heart; After the Ecstasy, the Laundry; Teachings of the Buddha; and his most recent book, No Time Like the Present: Finding Freedom, Love, and Joy Right Where You Are.

Alan Wain is an accomplished editor, writer, producer and director, whose specialty is crafting engaging narrative. Wain has worked on hit shows such as Top Chef, Sport Science, Rhythm + Flow, and worked on live concerts featuring iconic acts like Guns N’ Roses, The Police, Jerry Lee Lewis, Tim McGraw, and Faith Hill. He is a top editor in the world of reality television and documentary filmmaking, and thrives in devising compelling, innovative ways of bringing great stories to life.

Regina Scully is an American film producer and philanthropist. Scully is the founder of the Artemis Rising Foundation, an organization which produces documentary and narrative feature films focused on social justice issues. She has produced documentaries including Miss Representation (2011), The Invisible War (2012), The Hunting Ground (2015) and Won’t You Be My Neighbor? (2018). She has been nominated for two Primetime Emmy Awards.

Andulka “Annie” Wilkes is a Los Angeles-based film and video editor. Her most recent credits include Season 3 of Moving Art and the feature documentary box office hit, Fantastic Fungi, both currently streaming on Netflix. Her interests outside of post-production include geodesic domes, taco culture, collage art and perfecting risotto.